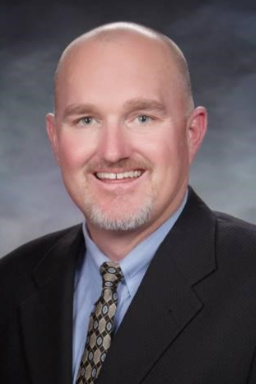 Appointed to the PSPRS Board of Trustees in January 2019, Scott McCarty brings more than 30 years of public service experience to the board. McCarty has worked as the Finance Director for the Town of Queen Creek since 2015.

Prior to joining Queen Creek, McCarty worked for the Town of Paradise Valley, the City of Surprise, the City of Scottsdale, the Town of Gilbert and for Puyallup and Des Moines in the state of Washington. At each stop, McCarty has helped these municipalities manage finances and tax dollars, multimillion-dollar budgets and retirement system obligations. Additionally, McCarty served as the chair of the Arizona League of Cities and Towns Pension Task Force.

McCarty, a Certified Public Accountant, holds an Accounting degree from the University of Redlands in California. He is a resident of Queen Creek.

To contact Scott McCarty, send an email to SMcCarty@psprs.com. 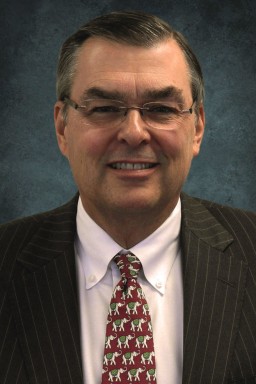 Papp has 38 years of experience in portfolio management and security analysis. After completing his Master of Business Administration in Finance and Accounting from the he joined G.D. Searle & Co.  At Searle he was responsible for overseas financing/acquisitions and managed the domestic real estate holdings of the company. He also holds a Master of Science degree in geochemistry from the University of Chicago, and a Bachelor of Arts degree from Brown University in economics and chemistry. He was awarded a Chartered Financial Analyst designation in 1984.

In 1981 he joined L. Roy Papp & Associates, LLP and began working as a portfolio manager. He currently oversees the private client business at the firm and serves as managing partner.

He is past chairman and a current member of the board of directors of Blue Cross and Blue Shield of Arizona. He is a longtime trustee of the Phoenix Zoo, and past board chairman. He serves on the board of directors of the Arizona State University Foundation, currently chairs the audit committee and is past chair of the investment committee. He is a board member and treasurer of the Institute of Human Origins at Arizona State University. He is president of Arizona Five Arts Circle and serves on the planned giving committee for the Desert Botanical Garden, the Phoenix Art Museum and the Heard Museum. He is also secretary and treasurer of HA.P.I. He was appointed to the Arizona State Board of Investment in 2012, and in 2017 was appointed to the board of the Arizona Public Safety Personnel Retirement System.

To contact Harry Papp, send an email to HPapp@psprs.com. 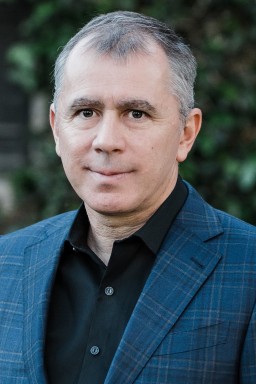 Appointed to the PSPRS Board of Trustees in March 2019, Jim Ameduri, CEO and Managing Partner of Alize Ventures, brings to PSPRS more than 30 years’ experience as a global investment expert.

Prior to establishing his own firm in 1992, Ameduri worked as a financier and investment manager at Dean Witter Reynolds and First Interstate Bank, NA. Since 1992, he has built and managed a succession of businesses and he has structured business transactions for partner and affiliates'​ capital totaling over US $10 billion. Ameduri’s restructuring work has often focused on operations and capital efficiency and on managing turbulent periods of company growth, acquisition or decline.

In addition to a bachelor’s degree in finance from Youngstown State University, Ameduri earned an MBA from the University of Pittsburgh. An Eagle Scout, Ameduri currently serves as chairman of the Board for Capax World (a nonprofit focused on sustainable solutions to global poverty); as a director of the Arizona State University Foundation Investment Committee; and as a director of the Arizona Community Foundation, where he serves on the Investment and Special Assets Committees.

Ameduri and his wife of 28 years live in Scottsdale. They have three children.

To contact Jim Ameduri, send an email to JAmeduri@psprs.com. 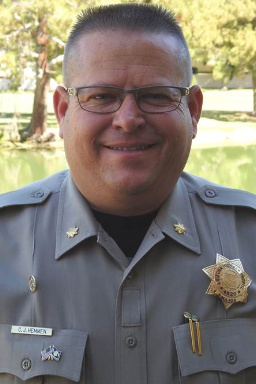 Christopher J. Hemmen, a major with the Arizona Department of Public Safety, brings nearly three decades of public safety experience and management expertise to the PSPRS Board of Trustees.

Hemmen began his career at DPS in 1993 as an officer trainee, working his way up the ranks to his present role as chief of staff for the Highway Patrol Division. During his tenure at DPS, Hemmen has managed multi-million-dollar agency budgets, led statewide criminal interdiction efforts and helped the agency achieve hundreds of thousands of dollars in savings on infrastructure and equipment costs.

A graduate of Arizona State University’s Certified Public Manager Program, Hemmen earned his bachelor’s degree in Public Administration from Northern Arizona University. In 2018, he attended the prestigious FBI National Academy in Quantico, VA.  A resident of Goodyear, Hemmen was appointed to the PSPRS Board of Trustees in July 2019 by Governor Doug Ducey.

To contact Christopher Hemmen, send an email to CHemmen@psprs.com. 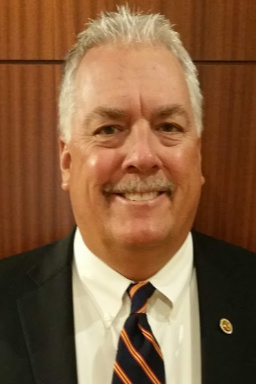 A veteran of more than 26 years’ service with the Phoenix Fire Department, Brian Moore brings extensive public safety and retirement system experience to the PSPRS Board of Trustees. Moore, who holds an elected position as the chairman of the Daisy Mountain Fire District Board, was appointed as a PSPRS Trustee by Governor Doug Ducey in June 2019. Additionally, he has served as an elected member of the Phoenix Fire PSPRS Local Pension Board since 2006.

Moore, a fire captain/paramedic, currently serves as vice-chair of the nine-member City of Phoenix Deferred Compensation Board. That Board oversees more than $2 billion in employee assets. In that role, Moore also serves as chair of the city’s Investment Selection Sub-Committee. In 2016, Moore was appointed to the PSPRS Defined Contribution Committee. His work has included helping to develop and implement the new Defined Contribution plan for Tier 2 and Tier 3 PSPRS members, which became effective in July 2017.

An executive board member of the United Phoenix Fire Fighters Association Local 493 of the International Association of Fire Fighters, Moore serves as the local’s vice president of member benefits and health care.

An Ohio native, he is a 1985 graduate of the University of Cincinnati with a Bachelor of Science in Biology. He has been married for 29 years to his wife, Julie, a City of Surprise Fire and Medical battalion chief. The Moores have three children.

To contact Brian Moore, send an email to BMoore@psprs.com. 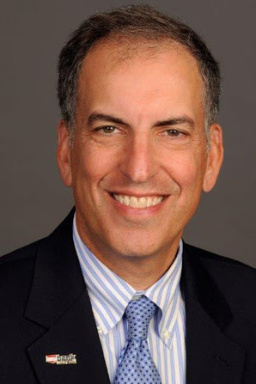 Appointed to the PSPRS Board of Trustees in late 2016, Dean M. Scheinert has built a four-decade career in portfolio management, bond and stock market financial analysis and non-profit organizational leadership and management.

Currently, Scheinert works as the Chief Advancement and External Affairs Officer for Western Spirit: Scottsdale’s Museum of the West. Prior to that role and his executive fundraising work with the Musical Instrument Museum, Scheinert worked for 35 years as a senior banker and asset management executive in New York and in Phoenix. He has amassed extensive experience in investing institutional and high net worth family capital using both the traditional capital markets and alternative investment strategies.

Scheinert currently serves on the Temple Solel Endowment Foundation Board and its finance committee. Formerly, Scheinert served as a board member and the investment committee chair for the Jewish Community Foundation of Greater Phoenix. Scheinert is a CFA and earned an MBA in finance from The Wharton School at the University of Pennsylvania and a BA from Tufts University.

To contact Dean Scheinert, send an email to DScheinert@psprs.com. 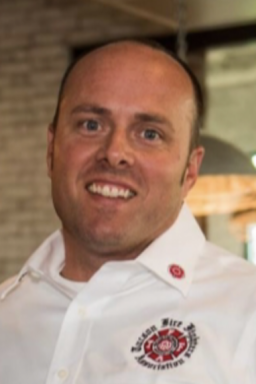 A firefighter with the City of Tucson for 23 years, Capt. Nathan “Nate” Weber was appointed to the PSPRS Board of Trustees in January 2021. Weber also has served as a non-partisan elected member of the Corona De Tucson Fire District Board of Directors since 2014. He currently is the board’s clerk.

In 2009, Weber was named as the winner of the Greater Tucson Fire Foundation Award of Service. In 2018, he was voted by the members of Local 479 as the “Forged by Fire Fighter of the Year.”

Born and raised in Tucson, Weber and his wife have three children. 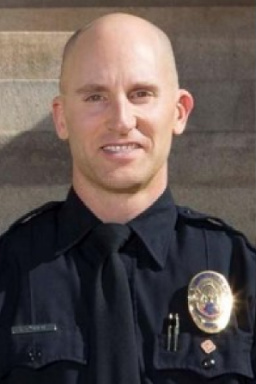 Appointed to the Board of Trustees in January 2021, Phoenix Police Sergeant Daren Wunderle brings more than two decades of public safety, management, and financial sector experience to the PSPRS Board of Trustees. In 2002, he created a successful private sector life and health insurance brokerage. Wunderle has served with the Phoenix Professional Standards Bureau since 2010. In this role, he completes audits, inspections, investigations, and large-scale special projects for the Phoenix City Council, City Manager, and the Police Chief.

Wunderle and his wife, Heather, have two children. They reside in Peoria.

To contact Daren Wunderle, send an email to dwunderle@psprs.com.

Appointed in February 2021, Alan Maguire is an experienced economist and public sector investment professional. He has advised Arizona governors and political leaders on the impacts of fiscal and economic policy for more than 40 years. He previously served as a PSPRS trustee from 2010 to 2012.

Since 1991, Maguire has served as the President and Principal Economist of The Maguire Company. The firm’s public sector clients in Arizona have included the Arizona Commerce Authority, the Arizona Health Care Cost Containment System and the Arizona Department of Transportation; the cities of Phoenix, Glendale, Flagstaff, and Tucson; Coconino, Maricopa and Yavapai Counties; and Maricopa and Coconino Community Colleges.

To contact Alan Maguire, send an email to AMaguire@psprs.com.