Refunds, recalculations and back to basics for DROP
Employers urged to read carefully


PSPRS is in the process of reversing changes made to state law in 2011 that created the Tier 1b DROP benefit structure for PSPRS members.

This rollback was ordered by the PSPRS Board of Trustees who, under threat of litigation, wished to avoid a time-consuming and costly lawsuit that would leave PSPRS vulnerable based on the Arizona Supreme Court’s guidance in the Fields and Hall cases.  The legislature agreed, and passed Senate Bill 1146 in 2019, which was signed by the Governor on April 1, 2019.

Two changes made in 2011 are being reversed in SB 1146.  First, Tier 1b members who enter DROP will no longer be required to make contributions to PSPRS during their DROP period.  Second, all DROP members will be provided interest on their DROP account at the assumed earnings rate when they exit DROP, rather than the smoothed actuarial rate of return.

Some employers – about 110 of 271 – will  have to assist PSPRS in providing refunds of the contributions that Tier 1b members paid into PSPRS plus interest on those contributions for those members who are still participating in the DROP program as of April. This process will be nearly identical to that used to carry out the Hall-Parker contribution refunds in 2017/18.  PSPRS will provide employers with a list of members affected and their refund amounts, and per federal regulations, employers will need to process the refunds.  The expense for employers will be offset through PSPRS contribution credits, similar to the Hall-Parker credits.

The contributions that are being returned are considered wages and must be taxed as such and reported on a W-2 at the end of the year.  The interest payments are not considered wages and do not need to be taxed by the employer, provided the employer receives a Form W-9 from each employee.  The interest payments, however, are considered taxable income and should be reported on a Form 1099-INT at the end of the year.  It is strongly recommended that employees be given the opportunity to adjust their tax withholdings and deferred compensation arrangements prior to the contributions being refunded.

As of April 30, 2019, employers can find a report on the Employer Portal labeled "DROP Contribution Refund Report" that will provide employers with the names of members affected, along with the amount that must be refunded.  Most of the members on that report are active members.  There are a handful, however, that have already retired.  In those cases, PSPRS will provide the last known address for the retiree.  If an employer does not find such a report in the portal, or if the report is blank, that employer does not have any members that are affected, and the employer does not need to process any refunds.

Employers that have questions may call the PSPRS office at (602) 255-5575 and ask for the Active Members Department, or send an email to ActiveMembersGroup@psprs.com.

Which employers will be impacted?
List of 110 currently identified employers 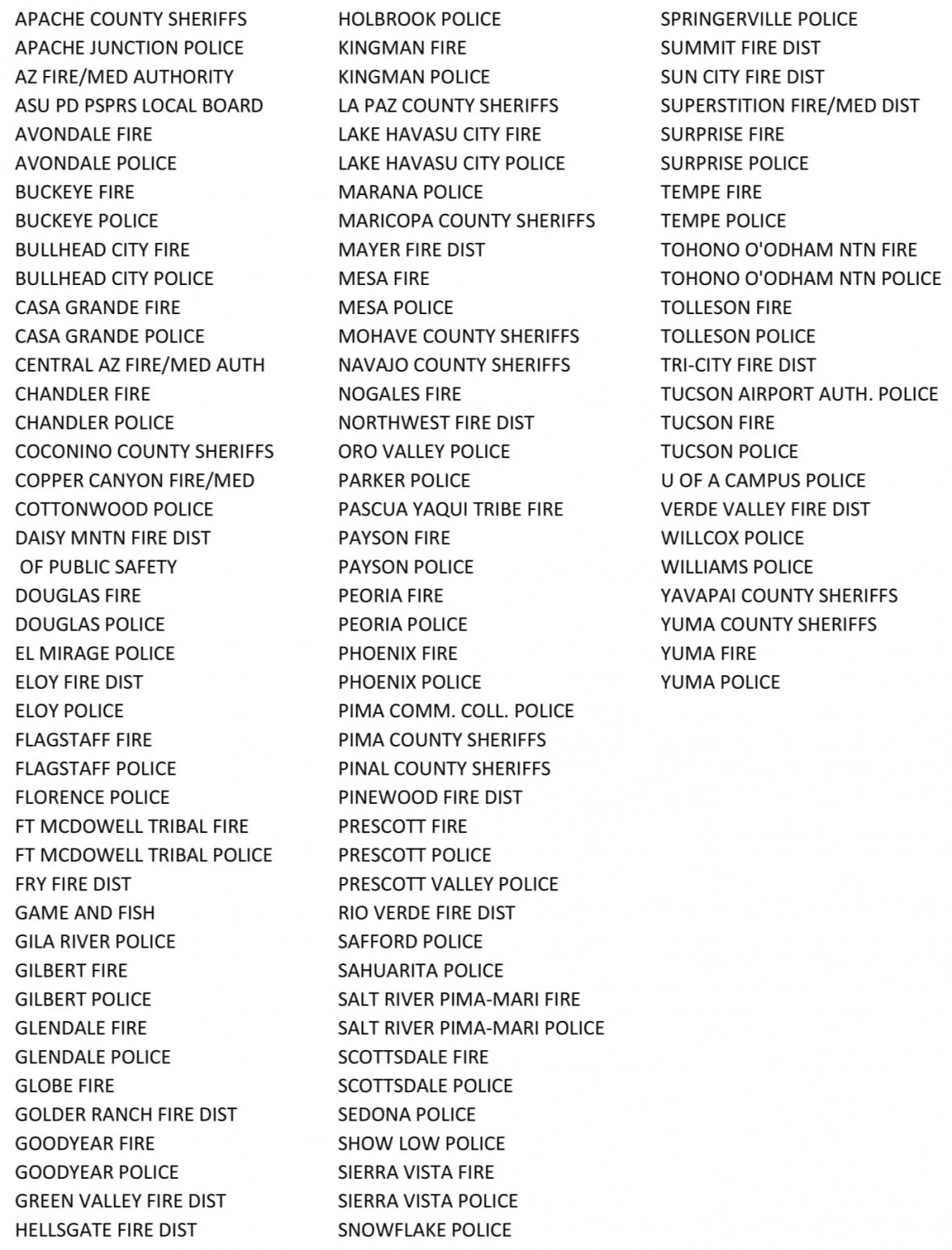